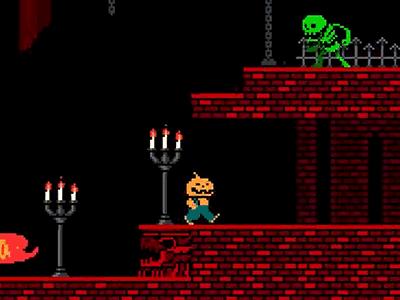 This week had another boss / miniboss coming together. The big skeleton!

Spoilers below if you don’t want to preview boss content!

Big skeleton has a really big sword. He swings it at you in a pretty nasty overhead swipe. 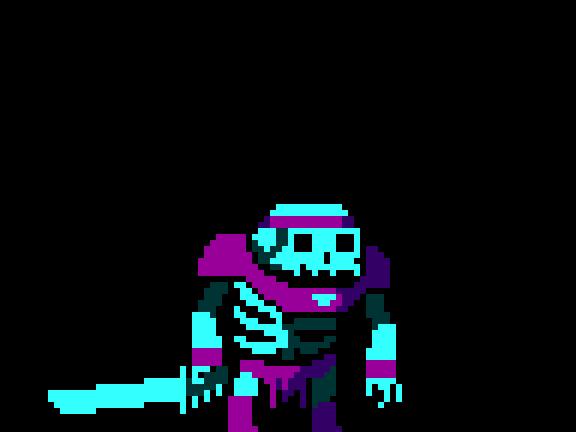 I’m thinking it will send out some shockwaves that you want to dodge (these will look similar to the slash from the blade itself). Also I spent some time in making his walk look pretty fun in a teeter tottery, jangly sort of way. 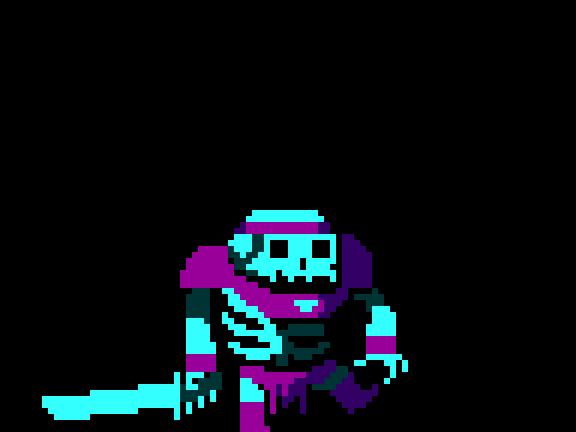 While I was at the Game Dev Meetup this week I had a chance to mess around with some game objects. Using some of the base setup I have for the pop out spike traps I was able to quickly prototype a break away platform. The result is pretty cool!
https://www.instagram.com/p/BCjTCq_P2O2/
Not sure if these will have the same color palette and skin in final. I like the particles that drop off and them spawning clouds too. More importantly, I can see adding a variety of other collision based trick platforms for some good variety similar to these and the pop up spikes.

This week I may do some more enemies and then transition into starting to code some of the new bosses I now have assets for. Aside from all this, I’ve been wanting to revisit adding a player knock back state for a little more platforming peril and not letting players just run through any hazard they have health for. Maybe it’s getting a little close to refactoring, but it could be a really nice gameplay feature.

Hope you enjoyed checking out the updates! Check out Halloween Forever on Steam!
store.steampowered.com/app/425650
Also come join me on Twitch when Iâ€™m streaming gamedev or playing games!
twitch.tv/imaginarymonsters