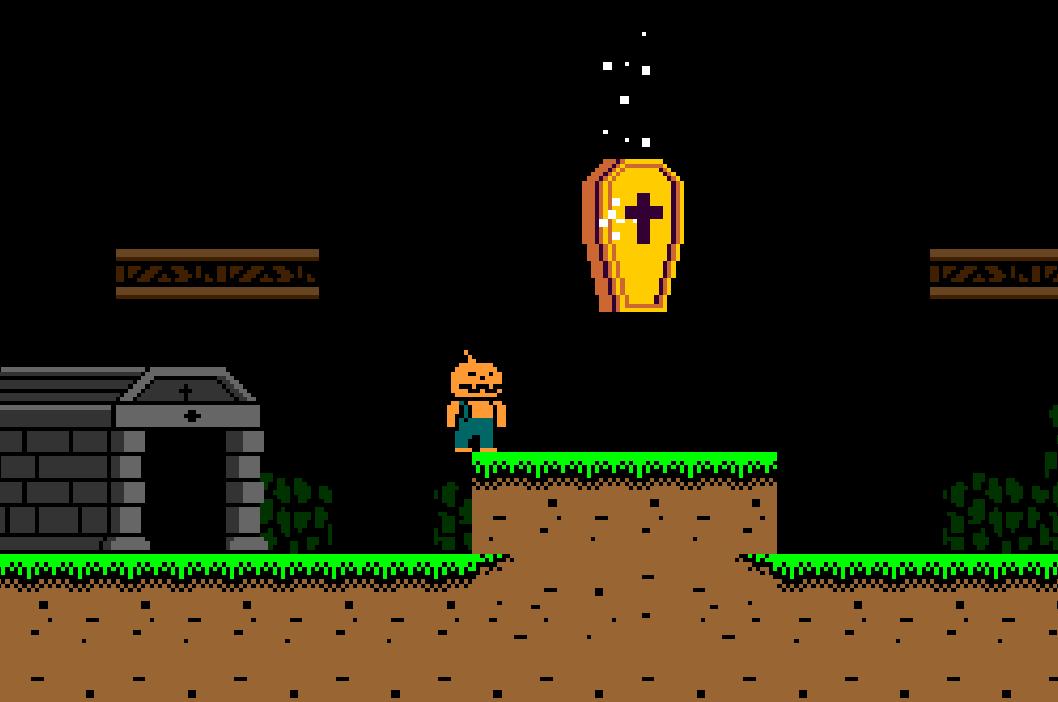 Ok, where to begin? It’s been nearly half a year since I updated the build but I’ve been working steadily on things since. Straight from my basement to your home, here comes version 1.03.

What’s new in 1.03?
– Player knockback. Taking damage triggers a knockback state.
– Player firing has some limits depending on the character. You may notice it more if you’re standing on a ledge firing bullets into a pit (bullets are on screen longer).
– Each world has a miniboss and world boss now. I left the original world bosses as world bosses and new minibosses are intermediate within worlds.
– Some old bosses may have gotten a health boost.
– Screenshake effects added in some instances for when impactful things happen.
– Worlds are longer, more rooms to them. These may get longer still.
– There are now ladders and jump through / drop through platforms. Adds some much valued variety!
– Added some checkpoints. If there are too many I may remove some. I’ve felt like dying and needing to retry a world from the start is kind of arbitrary difficulty for a while.
– Transitioning between rooms has a visual effect and looks less abrupt/choppy.
– New music for Bloody Mansion and Mystic Ruins (I keep calling it Forgotten Stonehenge accidentally)!
– Unlockable characters! There are three hidden in the game so far (look for hidden or not hidden pink doors). You need to find them and win your run to successfully unlock, but then the unlock should stay persistently. Unless you reset your unlocks (you can if you wish…) Unlocks save separately from your configs.
– Control config saving may have never worked properly, but I think I fixed it this week.
– Separate music and sound effect mute toggles. Should save with config.
– 1 hp mode toggle if you want to be wild and go for a no hit run…
– I might be missing something else still. It’s been a loooong time, gradually adding updates. If I remember anything critical to mention I’ll append some stuff to this.

Some things that are missing still / need improvement:
– Some tile placement around levels can be a little patchy. Still needing to fill in walls and things so everything looks solid.
– I need to do a big sound effects pass throughout. Some things may be temporarily quiet and lacking some flavor.
– Still no achievements or trading cards. Looking at that soon. Achievements will probably get implemented last so they can be built around the fullest frame of content in the final build.
– New characters yes, but the endings are all Pumpkin Man endings. This should change.
– I haven’t extensively tested the secondary characters attacks. They’re fun and all generally more powerful or interesting than Pumpkin Man’s candy corn shot. I’m intending them to be fun NG+ options to play around with, plus the character skins add some fun variety. BUT, if anything seems grossly unbalanced or terrible let me know. Open to revisions.
– The controls text on the title screen doesn’t reflect changes to your keyboard configs. I’m probably going to remove this.
– No gamepad config as of yet. It’s not awesome, but the keyboard config setup plus JoyToKey might be a robust option for people without an xbox form factor gamepad.
– Finish up world 4, finish up world 5.

With all the updates in 1.03 this represents roughly half of what I have planned for the final game (maybe a little bit more). I have some world 4 and 5 content already in the works and maybe we can wrap things up before Halloween 2016. I’m sprinting, having fun doing it and hope you enjoy what’s getting put into the game!

Please let me know what you think! ESPECIALLY if you are totally new to Halloween Forever and haven’t explored these levels or fought these bosses. I’m very interested to know how much time it takes you to clear the game (rough cumulative gameplay time, vs. how much time your winning run took). It helps me gauge the time-in players are going to get out of this experience. Since the big negative from early feedback was the game was too short for players I really want to address that.

Any bugs or issues you can find too, let me know!