Good morning! Tonight is going to be a two comic night since I missed yesterday’s comic (I was playing pool and talking about Dungeons and Dragons with my buddy Dan). In the meantime though I wanted to share some non-Imaginary Monsters comics I’ve been working on with you.

Last Spring at the MoCCA Festival in New York I met Kristin from Uncle Envelope. She does this cool subscription zine/mini comic service for kids (or anybody really) where you subscribe and she’ll send you something awesome every month by guest artists and whoever. We saw each other again at the Brooklyn Comics and Graphics Fest and she asked me if I wanted to contribute. Of course I said “YESSSS!” My comic will be featured this month, as I am Mr. March.

So I made a comic based on my/Marlene’s cat Monk called “Thelonius Mancat”. He’s a greedy and self serving sword wielding adventurer. You can check out the first four of sixteen pages now. If you want to read more, go to uncleenvelope.com, subscribe, and tell Kristin “I want to read Thelonius Mancat comics!!!” Also, tell her I sent you! Ha! 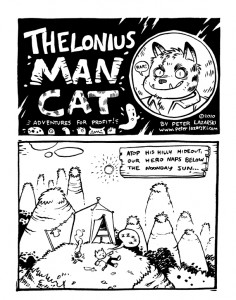 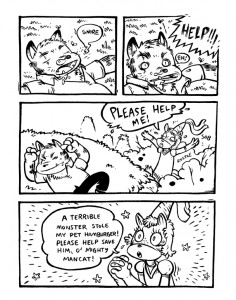 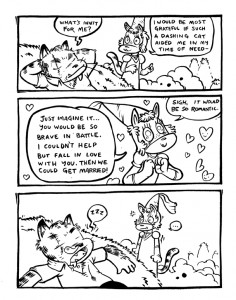 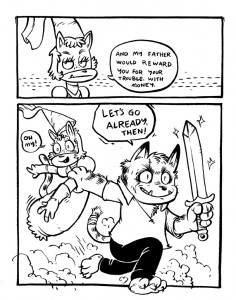 Thanks as always for checking out my stuff!