Hey all. I’ve been on radio silence for a while but wanted to post an update. I started teaching myself some game development using Gamemaker and released my first full game demo for a game called Halloween Forever: 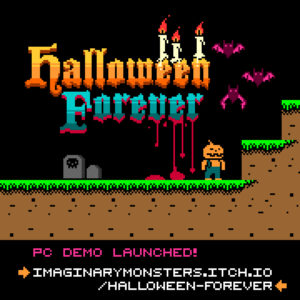 You can download the demo here:http://imaginarymonsters.itch.io/halloween-forever
To quote the game summary from the itch.io page,

Something mysterious is happening in the pumpkin patch this Halloween! You control Pumpkin Man, a humanoid pumpkin thing animated by occult forces on a quest to discover why things are so creepy. And you vomit candy corn.

You can try it out on Windows for now. It’s free but you’re welcome to donate some funds if you like. 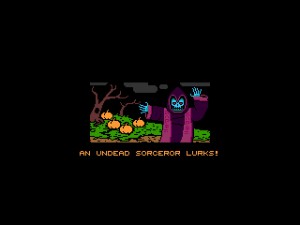 If you like the game it WOULD RULE if you wanted to pass on the info to friends or post it around. Anything to help spread the word helps! 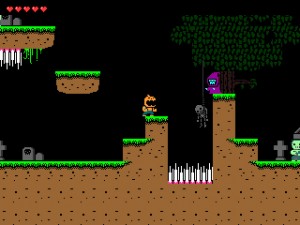 I’m planning on adding more levels and bosses to the game and doing some general improvements in the future, so I’ll post more news about it here as it progresses. 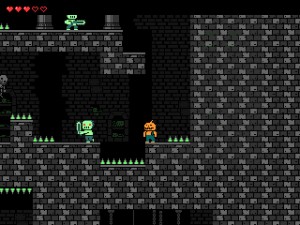 Also, it’s not new comics updates immediately but I’ve been using Instagram for some time now to post more regular updates on what’s going on in my creative projects. If you’re using Instagram, hit me up! http://instagram.com/peterlazarski When I’m able to work on some new comics stuff I’ll definitely be putting news up there first.

And who knows. Maybe a Grizzledude game could happen sometime too…