Support the Zoneplex boardgame on Kickstarter! 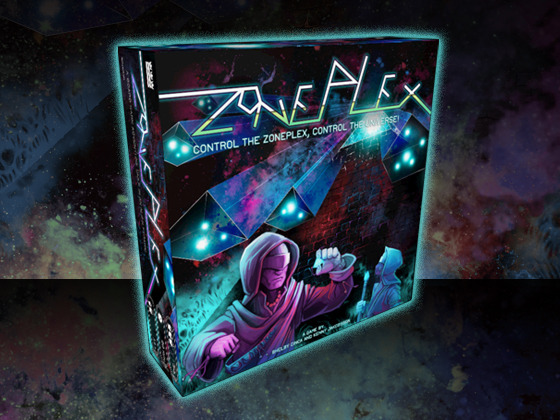 Everyone! I’ve been making illustrations for an independent board game called Zoneplex. The game itself is designed by Shelby Cinca and Kenny Jakobsson, and it features additional illustrations by Niklas Ã…kerblad. It would mean a lot to me if anybody that wished to support the project would do so. The game itself is set in an otherworldly science fiction setting (you can read more about it on the Kickstarter page: http://www.kickstarter.com/projects/shelbycinca/zoneplex-a-board-game-adventure-in-an-alien-pyrami. We have roughly 6 days remaining to raise an additional $3,000. Please enjoy this very descriptive quote from the Kickstarter to help peak your interest!

“Visually and thematically I wanted a game that didn’t feel like any of the other games out there. I tapped the growing sci-fi universe of my electronic-music persona, Triobelisk, and the long-standing work-in-progress sci-fi novel that I have been collaborating on with my friend Gabriel Baldessin. Influences such as space-opera imagery akin to the epic novels of Iain M. Banks, Frank Herbertâ€™s Dune, Ancient Alien Theories and even Daft Punk came together. This was all thrown into a simmering cauldron with Alejandro Jodorowsky’s L’Incal and H.P. Lovecraftâ€™s images of otherworldly abominations!”